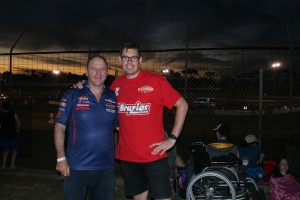 On Decemember 30, a bunch of Big Ant Studio’s personnel attended Round 3 of the World Series Sprintcars at Avalon Raceway. The primary mission was to have a great time at the track but we were also able to capture some reference images and sounds from the pits with permission from Speedway Australia who we are working with on the game.

It was a fantastic opportunity and we took every chance to take in all the experiences of the track. For a few of the developers it was their first time not only at the Speedway but also at a motorsport event. Needless to say, we are hooked! 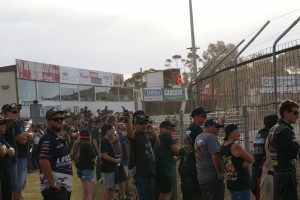 Team members and crew watch as their fate for the night is decided in the heats.

What stuck with me the most about the event was firstly the cars, then the track and finally the people. 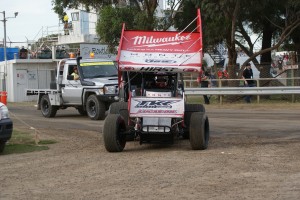 Kyle Hirst’s #17 Down Under 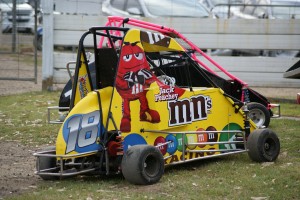 1/4 Midgets, birthplace of the next generation of champions

I’ve heard all kinds of ways to relate the experience of sprint cars to the unexposed. Phrases like “Formula 1 on dirt” and “900 horsepower go kart” get thrown around to convey the power, size and sound of these unique vehicles. The metaphor I like the most is “evolution”, like these cars have evolved to do one thing only and that is get around the dirt oval as fast as possible. Nothing unnecessary like gears, computers or a clutch with the driver forming the link between the power and the track. 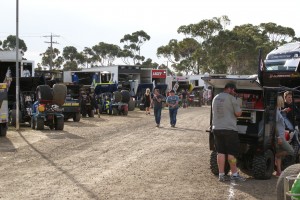 The view down pitlane

World Series Sprintcars are extremely high performance machines that are all within a very tight performance threshold of each other. Which means the distinguishing factor between one team and another is how their car, crew and driver respond to the extremely dynamic conditions of each track.

I was amazed to see just how hard packed and rubber coated Avalon’s quarter mile became after the majority of the heats. Just as the drivers really started to hook up and memorize the grippy sections, out came the grader to rip it all up! Over the next 20 to 30 laps a completely new track formed with a larger cushion that some drivers took advantage of. Unlucky cars ended up with a too-close inspection of the barrier after trying to find a cushion that was no longer there. 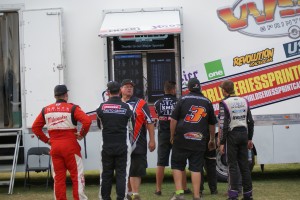 Driver’s assessing their results at the WSS trailer 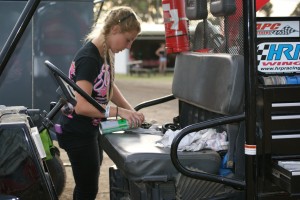 The great part of spectating at a sprint car race is the down-to-earth vibe. Even in the pits where teams were scrambling to repair cars and get ready for the next grid, we were able to have a few good chats with teams from around the country and tell them about our game. Many teams had friends and family helping out in all capacities from Crew Chief to Catering Chief and it was great to see everyone “mucking in”. Imagine if Lewis Hamilton’s mates and family did his fuel and tyre stops at an F1 race, because that’s how it felt with these teams.

Overall, we had a great time and it’s certainly not the last time you’ll see reports like these from Big Ant Developers at the track. Now, when is the next late model race down here? 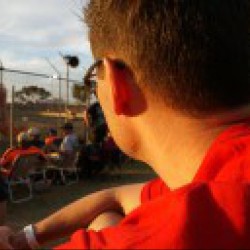 Project lead for Big Ant Dirt Track Racing. Based in Australia so please be aware of the time difference. You'll be hearing much more from me.